Skort for school: essential for summer

Every summer my daughter has to wear shorts to school under her summer dress or skirt if she wants to do any gymnastics on the playing field (it’s a modesty thing I presume).  This year, I forgot to buy any new shorts and she forgot to mention that last years were too small! I decided that there had to be a better solution out there, surely someone would sell a school skort (skirt with shorts built in underneath)?

I found this lovely Heidi and Finn Tennis Skort pattern on Etsy.

We then went to my favourite fabric shop, The Eternal Maker, and found some really nice grey jersey (Robert Kaufman – Laguna Jersey Heather Pepper).    It’s super soft and has just the right amount of stretch.

The Tennis Skort has an extra skirt layer on-top which I left out.  I also had to adjust the width of the shorts and skirt as my daughter has a tiny waist.   I used her old school skirt to work out the length of the skirt (but I still made it too long and chopped some off at the end and re-hemmed it!).  I used a pair of her leggings (fold in half and line up the curved edges to the pattern) to adjust the width of the shorts. The shorts I made longer as my daughter likes them long – but you could leave them the original length.   I pinned the shorts together with safety pins and made her try them on – it worked as they fit nicely.

Neither do I!  I followed the instructions on the pattern for using a stretch stitch, and it worked fine.  I use a walking foot and ball-point needle which worked well.  The instructions are clear and have photos for each stage.

I’m still fairly new to sewing with knit fabrics, but I think that the better the quality of the fabric, the easier it is to sew – so don’t be put off giving it a go.  I didn’t have any problems with it rolling up at the edges or stretching out of shape – which I was expecting.

For once I’ve managed to make something my daughter likes and her school friends were impressed so it must be good enough!   I tried to get a good photo showing the shorts underneath but she was spinning so quickly the skirt stayed in place!

And it’s not only good for cartwheels in the playground, but trampolining in the garden! 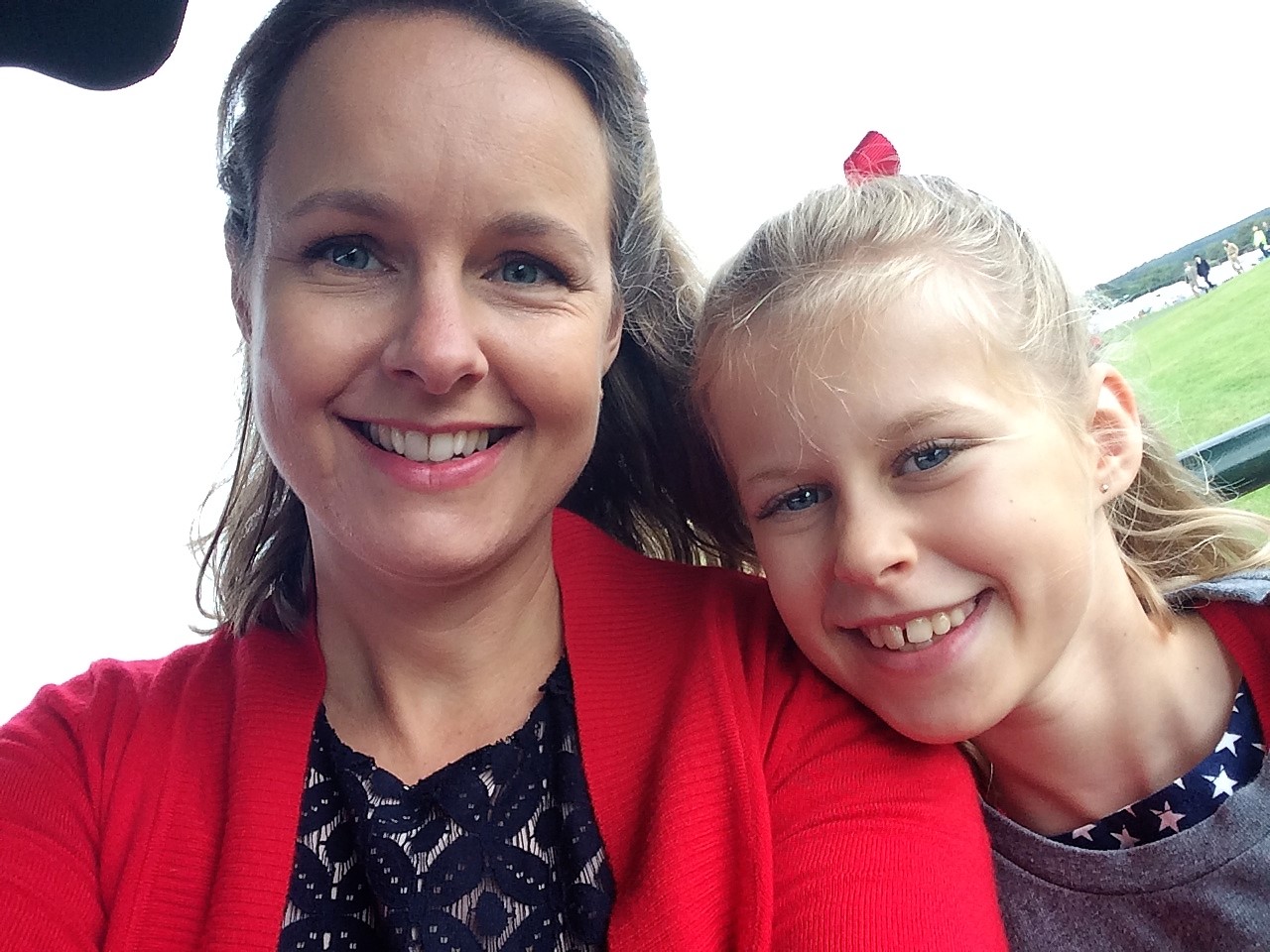